The first signs of Autumn have started to show this week at the Lighthouse with the first trickle of migrants starting to Appear,

Numbers of waders are starting to build with Sanderling Whimbrel and Knot being the pick, also 16 Dunlin 8 Turnstone , Greenshank, Redshank, Curlew and Oystercatcher,

Out beyond the shore 9 Manx Shearwater 4 Gannet, and 12 Common Scoter were seen near the Wind Turbines

Around the Lighthouse the most numerous birds were Common Whitethroat with birds on every stretch of land they must have had a hugely successful breeding season , as well as Collared Dove 25 alone being seen at Lingham bridge,

Adult and juvenile Reed Warbler mainly between The Nature trail and Lighthouse pond , Other Warblers in the area 1 Sedge Warbler at the top end of the Coastal Paddocks, and Good Autumn record of a Lesser Whitethroat on the fire damaged land just of Sandy lane,

The long hot summer that a lot of people have been waiting for has been with us for a few weeks  and doesn't look to end in the near future,
Most parts of the Lighthouse area are parched with Kerr's field just being a field with no hint of a flash and the Pond having very little water ,
With the very hot summer it brings the threat of fires , with 80 being tackled in the local area ,thankfully none in the lighthouse area, most being man made,

With Spring migration at the tail end a few migrants are still trickling through,
Local birders have waited since mid May for the arrival of Spotted Flycatchers, the first being seen near the Lingham Lane Fisheries on the 18th May Other individuals being seen on Park Lane on 22nd 23rd and 26th of the month,

Today a large number of Spotted Flycatcher 17 in Total many more going unseen were counted in the Lighthouse area between Lingham Lane , The Nature trail and Park Lane,
Pre dawn heavy showers were a good indicator that there would be a good arrival , most of the birds were seen between early morning and lunchtime and a single bird late afternoon,

Spring migration at its best today at the lighthouse,
The second Wood Warbler of Spring was found on L.E.O. Lane early this morning and frequented the large sycamores at the west end , A good singing bird was present all day and last sighted at 18-30pm,

There was a decent cross section of summer migrants arriving in the Leasowe area today although there were no large numbers of any species. The long staying male Ring Ouzel was being seen regularly throughout the day although often distant. Best viewed by looking south from the back of Kerr's field over the Birkett or east from Lingham lane across the horse paddocks.
New arrivals included two male Redstarts, one at the bottom of the nature trail with another off Lingham Lane. 12 Wheatears were in the paddocks where a Little Ringed Plover joined them in the afternoon before flying off high to the north east. A Grasshopper Warbler was showing well occasionally just inland from the paddocks. Other migrants included 2 Lesser Whitethroats, a Yellow Wagtail, 4 White Wagtails, 6 Blackcaps and 20 Willow Warblers. Some of the latter were very grey and white with no traces of yellow, possibly of the northern race acredula. Reed Warblers continue to arrive with birds singing from Lingham Lane as well as their usual breeding territories near the pond.A male Whinchat spent most of the day in Kerr's field. 14 Sand Martins passed east.

The last week or so has perhaps not been the most conducive for bird migration but Gannets, Sandwich and Common Tern have arrived in numbers whilst a pair of migratory Wigeon were seen swimming  offshore on Wednesday.

Migrants continued to trickle through during the week with several Whimbrel and a fine male Redstart in Kerr's field recorded on the 27th.  Stormy weather coming through late afternoon on the 27th prompted a small movement of 11 Swift heading NE.

Northerly winds on Friday night Saturday morning did little to help migration. Nonetheless observers did manage to dig out a migratory Whinchat inland from the coastal paddocks whilst Grasshopper Warbler and Lesser Whitethroat could be seen and heard from the Coastal paddock Track.

A male Ring Ouzel was still present in a paddock SW of Kerr's field.  Not a favoured paddock for Ring Ouzel historically so it seems likely that it is in fact the same bird that arrived on April 23rd making it a fairly long stayer for a migrant bird. 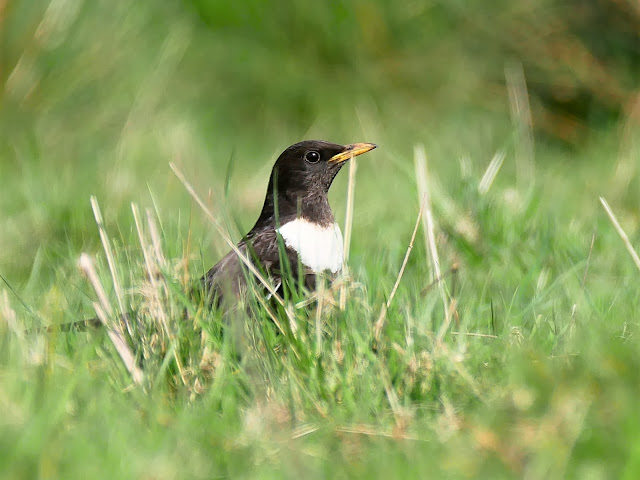 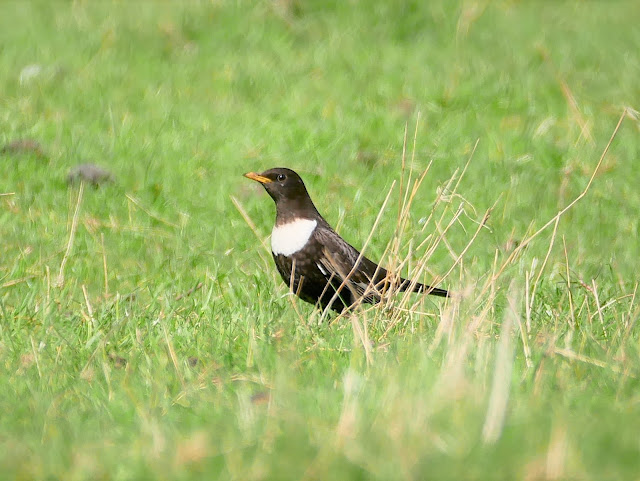 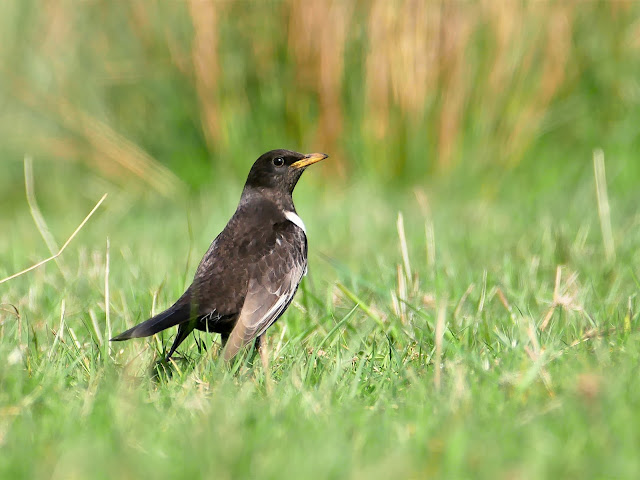 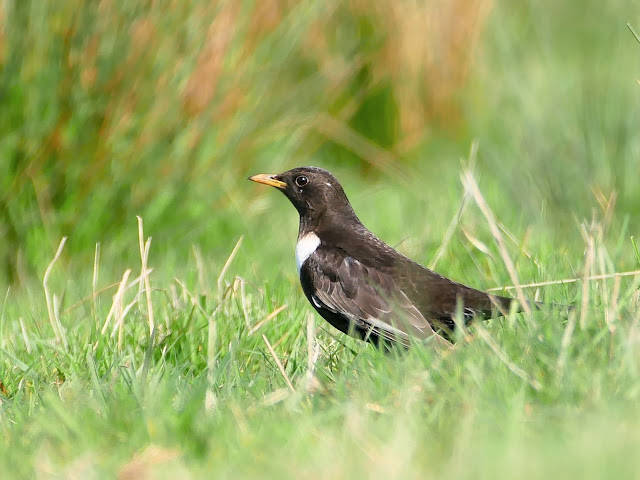 A clear night, a very light south-easterly and slightly hazy conditions combined to produce a reasonable fall of summer migrants in the Leasowe area this morning and this at the weekend for a change!
Over 50 Willow Warblers were logged with many being concentrated in coastal bushes under the embankment shortly after dawn before dispersing more widely. The first Reed and Sedge Warblers for the site this spring also arrived with several birds singing from the reedbed near the duckpond. 2 Reed Warblers were also singing from gardens in Lingham Lane, always a sign of newly arrived birds. Whitethroat numbers are also picking up with 5 birds present. Lesser Whitethroats were singing on Lingham Lane and the nature trail. Other new arrivals included a male Redstart on Park Lane and single Whinchats on Park Lane and Meols common. Over 30 Wheatears were noted with birds being scattered widely between Kerr's field and Park Lane. A Grasshopper Warbler was again near the kissing gate on Lingham Lane. Two Yellow Wagtails were in Kerr's field this afternoon with around 5 White Wagtails also in the area. 14 Blackcaps and 10 Chiffchaffs were also noted.
There was some overhead passage evident, mainly this morning, which consisted of over 10 Redpolls, a Siskin and 3 Tree Pipits. Tree Pipits are usually always recorded passing overhead with their distinctive wheezy calls but one bird did settle in a bush for a few minutes before continuing its travels. Hirundines were scarce today though, with just a handful of Swallows passing east.
A single Arctic Skua was seen over the tide passing east.